The Age of the Books of the Bible

This is a list of the books of the Bible in the approximate order in which they were written. I say "approximate" because there are three factors that greatly complicate such a list:


Order: The order in which the book appears in the standard Protestant Bible.
Name: The commonly understood name.
Subject Period: The period of time covered by the books contents. Like the date of authorship, the subject period is a fuzzy concept for many books. Some books combine historical narrative with prophecy of the future (Isaiah, for example), and the precise subject period of prophecy is always up for interpretation.
Written: The approximate period of time in which the book was written. Some books, like the Psalms, were written over vast periods of time and other books are of very uncertain date, so their placement in the list is fuzzy, to say the least.

On Twitter you can apparently now hide replies to your tweets, not just from your own, sensitive self, but from all other Twitter users too. Other readers have to click on a tiny little icon in the corner to see the hidden replies. If you post something stupid, you can hide all of the dissenting comments from those less able to detect your stupidity.

One of the great things about social media is the exposure it gives us to viewpoints outside of our meatspace social circle.

One of the terrible things about social media is the echo chamber it creates by filtering out everything "they" think we might not like. It gives us the illusion that everyone around us agrees with our fringe opinions, thereby reinforcing our biases and errors.

Peer pressure isn't always a bad thing. Bullying is just the pathological extreme of a normal and healthy process that helps keep our wackiest tendencies in check. Contrary opinions, especially a contrary *majority*, are good for us. We need them in order to stay sane and sociable.

Social media platforms (all of them, as far as I can tell) are hell bent on destroying the social controls that keep us from murdering or enslaving our neighbors on the flimsiest of justifications.

Welcome to the world of Bernie and Trump.
Posted by jay c No comments:

Your Father, the Devil

I had an interesting exchange with someone in another group earlier this week. He insisted that a subset of the Jewish people (specifically the scribes and Pharisees and their physical descendants today, who are the Jews living in the land of Israel) are literally and physically descended from Satan and not from Adam at all.


Never mind that Genesis 5 says that Adam had "many other sons and daughters" that aren't named. Never mind that the Hebrew word nasha is never translated as "seduced" anywhere else in the KJV, and isn't used in any context that is remotely sexual in nature. Never mind that Jesus told the scribes and Pharisees that he knew they were the physical descendants of Abraham in the very same conversation in which he called them sons of the devil.

Evidence is meaningless to someone who is determined to believe a lie. Satan had beguiled him so that he was no longer able to see anything else.
Posted by jay c No comments:

There are a lot of great YouTube channels created by Yeshua-believing, Torah-keeping folks. Unfortunately, there are a lot of really bad ones too. I subscribe to a long list of channels, but these are the ones that I watch most frequently and can recommend (almost) without reservation:

In no particular order.

And, of course, my own American Torah channel.

There are also a few non-Messianic, non-Torah Observant teachers whom I really appreciate. Just be aware that their perspective is skewed because of that false premise.
And even a few Jewish channels that are pretty good. Again, be aware of a skewed perspective because they haven't yet realized that the Messiah's identity has been hidden from them by centuries of false teachings about him.
Posted by jay c No comments:

Is "Holy Ghost" a Bad Translation of the Hebrew Ruach haKodesh?

Many people feel like "Holy Ghost" is a bizarre and even sacrilegious way to translate this term, but this feeling is based more on poor education than on any actual problem with the translation.

At the time that the KJV was translated from Greek and Hebrew into English, if someone wanted to talk about the spirit of God, they were just as likely (maybe even more likely, since the common people were more familiar with Germanic-rooted words) to use the word ghost as the word spirit. They were perfect synonyms. The two words were interchangeable.

In today's English we tend to associate the word ghost only with the spirits of the dead and the word spirit with the spirits of supernatural beings. But that doesn't change the actual meanings of the words. Notice that I said "spirits of..." in both cases. That's because the words mean essentially the same thing, and it is still perfectly acceptable in modern English to refer to the "ghost" of a dead person as a "spirit".

The only two real differences between the words "ghost" and "spirit".


The definitions of the words haven't really changed. It's only our informal usage of the words that have changed somewhat since the KJV was translated.

Having said all that, a modern English translation of the Scriptures shouldn't use the word "ghost" to refer to the Holy Spirit because it does confuse people who are only used to hearing that word in the context of the spirits of dead people.
Posted by jay c No comments:

Is "God" the Name of a Pagan Deity?

The name גד has ancient origins as a false deity in many places around the world, and it is mentioned in Isaiah 65:11 specifically. You cannot deny this. It was used in Europe when the first printing presses rolled out the first bibles and it was a name of one of their foremost deities before the catholic church invaded their land. These are facts and there are many more like them.


Yes, Gad is used in Isaiah 65:11 to refer to the god of fortune that was commonly worshiped in ancient Semitic cultures. However, the word itself just means "fortune" and was applied to the corresponding god more as a nickname than anything else. If someone today decided that there was a god that governed how much light is put out by light bulbs, but didn't know its name, he might call it "the god of lumens". If he started a religion to worship this god, eventually his followers would probably just start calling their god "Lumen" because it's easier. Same thing here. "Gad" was not really the name of the god, but of the god's area of responsibility.

This is almost exactly the same way that ba'al was first a common Hebrew word that simply meant master or husband, but was later used like a proper name for a particular false master. It was a perfectly good word coopted for nefarious purposes. Interestingly enough, YHVH uses the word "ba'al" to refer to himself more than once in Scripture.

The rest of this claim is historical fiction as far as I can tell. I haven't found a single source for the existence of a deity named Gad or God anywhere outside of the Ancient Near East. The English word, god, descends from an old Germanic word that meant almost exactly what it means in English today: a supernatural being. It was never the proper name of any deity. Someone probably made that up because they wanted to impress their friends with their arcane knowledge, what Ryan (IIRC) refers to as more-special-than-thou syndrome.

In the ancient Semitic languages, including Hebrew, gad means fortune or troop, depending on the language and context. This has absolutely no connection to the ancient Germanic word. The German languages, including English, are part of the Indoeuropean family of languages. English and Hebrew share one major element in common: they are both spoken by humans. But that's about it. If a word in Biblical Hebrew sounds similar to a word in Old English or German, there is next to zero chance that the words are actually related in any historical way.

In Exodus 23:13, YHWH specifically says we are not to have the names of other deities even found in our mouths...


And yet the Bible, all of which is clearly meant to be read aloud, contains many names of pagan deities. God commanded the prophets to speak the names of pagan deities on many occasions, for example in Jeremiah 46:25 which contains the name "Amon of No" (strangely translated as "multitude of No" in the KJV).

The same pagans (and Israelites!) who worshiped Ba'al also used the name YHVH to refer to multiple pagan deities. They were only following the example of the Hebrews with the golden calf at Mt Sinai. Since YHVH became the name of one or more pagan gods, does that mean we can't use that name for the original YHVH anymore?

Clearly Exodus 23:13 can't mean that we absolutely must never speak the name of a pagan deity under any circumstances, or else God commanded the prophets to sin. Rather, it means that we must never pray to them, call on them, speak or act in their names, or swear by them. In other words, don't speak of or to them as you should to YHVH.

...yet you would teach as many people as you can in your warped desire to break this command wantonly and to justify your own wrongdoing.


To which I can only respond with Exodus 20:16, "You shall not bear false witness against your neighbor."

Why not just drop your pride and be wrong for once? Why not just let go of you and say to Him, "Okay, Father." Why not just use the name HE told you was His instead of fighting so hard against Him and everyone who would oppose you, instead of insisting on using what YOU want to call Him.


Like adonai, baal, and elohim, "god" and "father" are both titles, not names. They are both titles applied to countless false deities as well as to the one true Creator (also a title and not a name). YHVH also said to call him Adonai, Elohim, El Shaddai, Father, Yeshua, Emmanuel...and even Ba'al.

I am perfectly willing to admit when I'm wrong. I have done so many times, and I'm sure I will make and correct many more mistakes if God (YHVH, if you prefer) allows me the time.

But you're going to have to use some actual evidence of error--as opposed to historical fantasy--before I'll take you seriously.
Posted by jay c No comments: 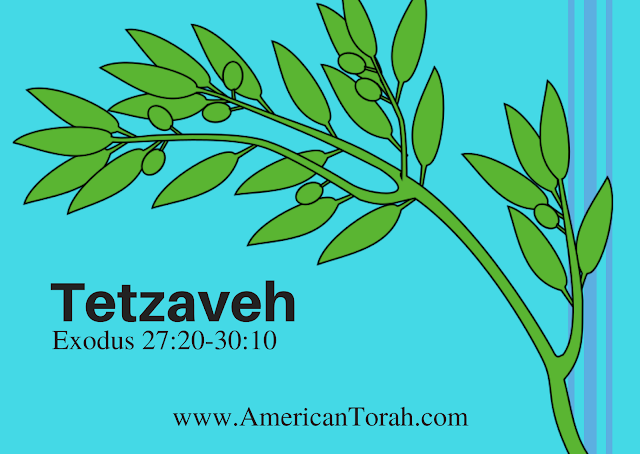